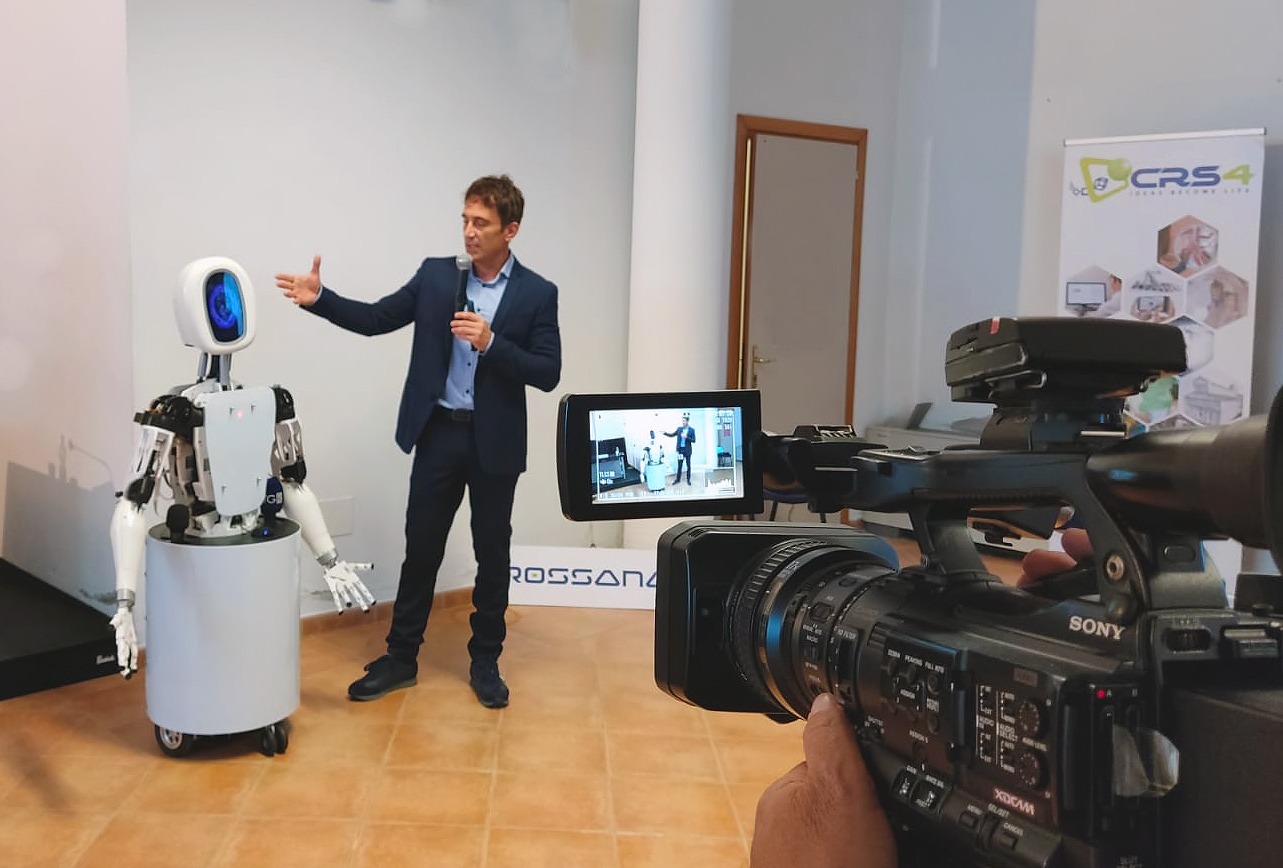 CRS4 presents its first anthropomorphic robot. Rossana – the name derived from ROS Robot Operating System – is able to assist a librarian and interact with visitors. She can inform about the presence of the required books and guide people to the shelves where the books are located. The prototype was developed in collaboration with Athlos, a Sardinian company specialised in artificial intelligence and human-machine interaction, as part of the Robotika project, funded by Sardegna Ricerche under the 'Aiuti alla ricerca e sviluppo' programme, financed by the Region with funds from the POR-FERS Sardinia (2014-2020).

CRS4 developed Rossana with the support of Sardegna Ricerche's rapid prototyping laboratories to print her components. The testing phase, which took place during the second lockdown, took place in the CRS4's laboratories, set up to simulate the environment of a real library.

The CRS4 activities were carried out by the "Game-based Interaction and Technologies" group coordinated by Massimo Deriu who, together with colleagues Federico Bachis and Marco Massa, is the author of the patent application for the indoor navigation system that allows Rossana to move within a circumscribed physical space. "We have developed and patented the robot's control software that manages all the movements of the arms, head and wheels, while the head, which is the focal point of HRI - Human Robot Interaction, has not only been designed in structural and aesthetic terms, but we have also devised the interaction system, such as the interface and usability, which allows Rossana to recognise people's faces and express her emotional states by changing the colour of her face".

Video of the presentation press conference