In the late 1980s, the President of the Autonomous Region of Sardinia, Mario Melis, asked Franco Mannoni, the Head of the Programming Department, to outline the strategies for a new development model in response to the crisis that was affecting the island’s industrial system. As Franco Mannoni recalls: 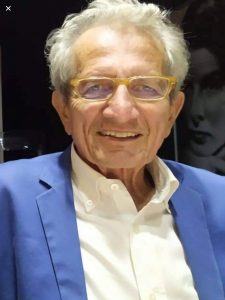 “The idea of CRS4 did not come about as a light-bulb moment, a sudden flash of inspiration. It grew organically from our efforts to plan and design a new vision for development. At that time, in the late 1980s, we were grappling with the crisis of the development model based on the petrochemical industry and the failure of the State-sponsored industrialisation policy. Our focus was on identifying new development drivers and filling the gaps in the modernisation process. The plan included creating a Science and Technology Park through the agency Consorzio 21 and drafting a Water Resources Plan, a Transport Plan, a study for an IT Plan (as early as 1987), and the first project for bringing methane supply to the island, just to mention a few lines of action. The idea of creating the CRS4 emerged from long meetings with Tarcisio Teofilatto, an engineer with vast experience in the IT field, who introduced us to the world, then new to us, of advanced computational research. Thus, we gradually developed the vision of a powerful, advanced computing centre that would enable the island to take a leap forward. The next step was putting together the technologies and a team of experts. We found a way to contact Carlo Rubbia; at the same time the Regional executive led by Melis approved the draft feasibility plan I had proposed for CRS4. Then, I think it was in 1990, we went to visit Rubbia in Geneva. An extraordinary man, Nobel Laureate for Physics, Rubbia is both very affable and unpredictable. He took a liking to us and accepted our proposal. That encounter marked the start of our journey. The path was not always easy, in fact we had to jump through a lot of hoops. Yet, it was also rich in positive influences and fruitful developments. And can today be the time for renewed momentum, in the era of advanced automation and AI? The new resources coming to the island with the new EU programming cycle, coupled with the advanced expertise and know-how built over the years can certainly give the Centre a fresh boost. For this to happen, the regional stakeholders must work on a joint development strategy, setting aside short-sighted political conflict.”

Through their conversations, the Head of the Programming Department Mannoni and Tarcisio Teofilatto shaped the vision of a new, strong development driver for Sardinia: a research centre that would attract other research players and, at the same time, offer useful applications to industry. He remembers his experience with these words: 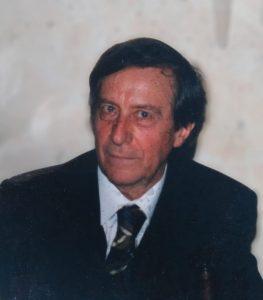 “After leaving IBM, where I was Head of R&D for Europe, I focused on parallel computing. This put me in touch with the largest parallel computing user and developer of the time, the CERN community. CERN was highly interesting not only for its results, but also for its approach, which was to set itself goals, secure the necessary knowledge and rely on its most brilliant human resources to achieve major breakthroughs in science and technology. This strategy also won over the Sardinian government and led the President of the Region, Mario Melis, to attempt to duplicate the CERN’s approach and set up a centre for applied research in Sardinia. From the start, the aim pursued by all the project’s stakeholders was to build a research community on the island. Such a community would attract more research initiatives, for the benefit of the entire island, including the industrial sector.”

The contacts between the Regional executive and CERN, with the aim of involving its then Director-General, Carlo Rubbia, Nobel laureate for Physics in 1984, started by building a close relationship with physicist Paolo Zanella, the Head of the CERN’s IT division, who was in charge of processing the data produced by the world’s largest particle accelerators. In Paolo Zanella’s own words: 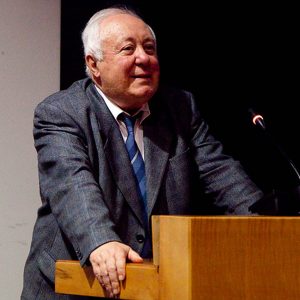 “When I was asked to set up a research centre that would form the first pillar of a technology park, the concept was partly inspired by the French model of a research community offered by Sophia Antipolis. The vision, in those years, was to build technologies on a foundation of consolidated scientific knowledge. This process happened to coincide with the explosion of IT, which was starting to be recognised as an enabling science for all other disciplines. I have come to believe that computer science is a ‘primordial’ science, in that it is able to explain the whole of nature. Information, as even biology teaches us, is the backbone of life. By a stroke of luck, I got to know Tim Berners Lee, who in 1988, at the end of my term as Head of the CERN’s IT division proposed to me the idea of the World-Wide Web: in less than two years we developed the prototype of the web. CRS4 was certainly able to tap into the significant store of knowledge and technologies held by CERN. In 1989, I was contacted by Tarcisio Teofilatto, an engineer in a company commissioned by the government of Sardinia to propose new development initiatives for the island, whose economy needed a strong boost. The team proposing the creation of a research centre in Sardinia included, besides Teofilatto, industrialists Ernesto Aglieta and Alberto Sanna and lawyer Franco Berlinguer. I introduced the project to Rubbia, then Director-General at CERN, and I asked Pietro Zanarini to help me draw up the proposal. We worked on it in the CERN basement, the equivalent of the classic Californian garage.” 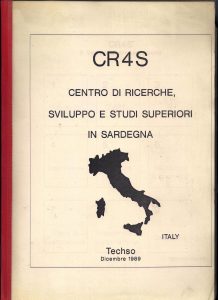 Before leaving office on 10 June 1989, the executive led by Melis was able to approve the feasibility plan for the creation of a high-performance computing research centre. The baton was picked up by the subsequent regional government, headed by Mario Floris, which took office on 9 August of the same year, and in particular by the Head of the Programming Department, Antonello Cabras.
Mario Carboni, at the time vice president of Consorzio 21, remembers:

"In December 1989, the feasibility study edited by Techso for a Research, Development and Higher Studies Center in Sardinia ("CR4S") was presented to the Consortium 21 and we approved and realized it."

Carlo Rubbia accepted to serve as Chairman of the Centre, and on 30 November 1990 the articles of association of the company CRS4 scarl were filed. On that day the first Board meeting was held, with the following composition: Carlo Rubbia, Chairman, Mario Pani, Vice-Chairman, Mario Floris (President of the Regional Executive), Antonio Cabras (Department Head), Giovanni Dettori (Member of the Regional Council), Prof. Duilio Casula (Rector of the University of Cagliari), Prof. Paolo Zanella (CERN), Pier Luigi Ridolfi (Engineer), Franco Berlinguer (Lawyer) and Tarcisio Teofilatto (Engineer); Internal Auditors: Armando Buccellato, Mario Carboni and Lucio Cordeddu. During the first Board meeting, Paolo Zanella was appointed Managing Director and Scientific Director of the Centre.

From the start, one of the statutory aims of CRS4 was to be an international-level centre, able to attract companies to the future Science and Technology Park of Sardinia. The Centre’s objects, as set out in its Articles of Association are:

“to pursue theoretical and applied scientific research and train young researchers in areas of scientific interest, so as to promote the development of highly innovative technologies with industrial applications for the market and social needs.”

These objects are further broken down into lines of action:

“The Company (CRS4) will pursue research in areas selected on the basis of technological evolution and market opportunities, including, but not limited to: cellular robotics, parallel software technology and methodologies, applied mathematics and numerical analysis, ecometric modelling, modelling of the structure of matter, high-speed telecommunications, advanced optics, computational chemistry, industrial automation and assisted design.”

The Deed of Incorporation of the Limited Liability Consortium Company called Centre for Advanced Studies, Research and Development in Sardinia is dated 11 February 1991. The founding partners were Consorzio 21, IBM Semea Srl and Techso Spa.

On 30 October 1991 the Floris Council ends its mandate and on 13 November the new President of the Regional Council is appointed: Antonello Cabras. This is how President Cabras recalls the euphoria of those years around the CRS4: 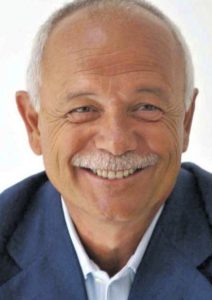 “The first office in Cagliari was located in a building in Via Nazario Sauro and there were only eight employees. But growth was rapid and, from 1991 to 1998, CRS4’s staff rose to over 100 employees. Those early years were exciting: we felt we were part of a cutting-edge project that was lending prestige to Sardinia and putting it on the technological innovation radar for both Europe and worldwide, at a time when the world was experiencing the Internet revolution.
In that first decade, CRS4 achieved significant results and played a role in initiatives destined to shape the future that was appearing on our doorstep. The social climate in Sardinia at the dawn of the Internet was one of strong attention and interest in future potential and possible developments. At the time, the region was still reeling from the decline of the petrochemical and traditional industries that had driven development in the 1970s and 1980s. Thus, witnessing the results achieved by CRS4 gave the island a boost of confidence and tangible hope for the future. Today I can say that CRS4 has been a (pleasant) constant in my commitment to public life, first as a regional administrator and today as Chairman of the Fondazione di Sardegna. In some respects, the Foundation performs a function similar to that of the Regional government in the 1980s and 1990s, encouraging and supporting research and also investing in the development of innovative activities in the various production and services sectors.
What we tried to do here in Sardinia, perhaps on a different scale, was to gather inspiration from the Silicon Valley model: as in all human affairs, we have experienced both successes and setbacks, but I think we can be more than satisfied with the work done so far.
But CRS4, by its nature, looks to the future, and our commitment and the commitment of those who come after us must focus on the road that lies ahead.”

Also Francesco Marcheschi (first director of Consorzio 21) reminds of that period between the eighties and nineties: 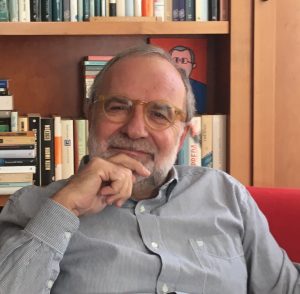 "a period of unprecedented initiatives began, backed by a far-sighted leadership, in the fields of innovative startups and R&D, which would leave a mark on the following decades; I believe it was the last season of visionary thinking in contemporary Sardinia. Those years also, and perhaps most importantly, saw the birth of Cr4s, later renamed CRS4 by its CEO to make it more English-sounding. The Centre started out as a part of CERN in Geneva but was soon transplanted to Sardinia to help bridge the island's development gap and place it at the forefront of R&D in scientific computing and computer simulation applied to a wide range of fields and technologies."