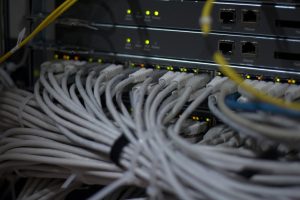 First medium-sized clusters based on 64-bit Linux, which had already been tested in 2000 thanx to a Gianluigi Zanetti's and the practical realization Alan Louis Scheinine (a former CRS4's whom after he left the center he worked at Louisiana State Universit, then Lockheed Martin and now retired) initially with 4 computers.

Currently all computing nodes use the Linux Operating System.

Most of the application software is under GPL (General Public License): free license and open source code.