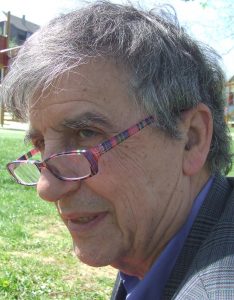 Professor Rosa-Clot Marco has accomplished his studies in Scuola Normale with 110/110 et laude in 1966. After one year of fellowship as researcher at Columbia University (New York 1968) he became charged Prof. of Quantum Physics and General Physics in Pisa (1969-1987). In the period 1975-1978 he was fellow of the Theoretical Division at CERN

Subsequently (1988-2009) he has been full professor of Nuclear Physics in Florence University. In the period 1998-2003 he was Scientific director of CRS4 and since 2017 he is scientific director of the private companies UPF (Upsolar Floating) and KMM (Koiné MultiMedia). As far as research activities are concerned he is author of more than 100 works published on international review in theoretical physics, nuclear physics, econophysics, environment and energy problems.

We asked Professor Rosa-Clot recall his experience at CRS4:

“I had the pleasure and the honor to be scientific director of the CRS4 research department for six years from 1998 to 2003 and I remember them as very beautiful years.
It was a great intellectual experience and fun to work under the guidance of two great personalities like Prof. Rubbia and Prof. Cabibbo,  whom I remember with admiration and affection, but above all I found there capable and interesting people both at an administrative and a scientific level. In addition to my personal friendship with Selis and Pinna, all the area managers were people of great worth from whom I learned a great deal. Furthermore, the many researchers with whom I collaborated for specific work were always up to the challenges required by the frontier work of the CRS4.
I hope that the CRS4 enterprise will continue on its way to ever higher goals. Rubbia's initial vision remains correct and the development of the center can only be positive.
Best wishes to all”