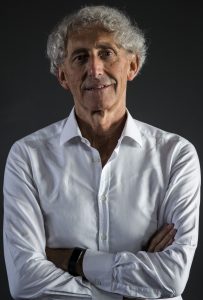 In previous years Quarteroni has had the merit of forming at CRS4 a group of people complementary to each other in terms of skills, age, origin. In particular, since 1992, Quarteroni has been responsible of the Applied Mathematics and Simulation group. The group, composed of 14 people, was active in scientific computing and large-scale simulation of problems governed by partial differential equation, with applications in fluid dynamics, in the propagation of elastic waves underground, in the study of oil fields and aerodynamics.

We asked Professor Quarteroni to recall his experience at CRS4: "The first time I heard the name 'CRS4' was in the summer of 1991. At that time I was a professor in the United States; one day, someone from Italy called me  to say that Professor Enrico Clementi was trying to reach me. I was given the number of a hotel in Cagliari to call. After a number of unsuccessful attempts that racked up my phone bill, I was finally able to get through. On returning to Italy, on a sunny bright October afternoon I made my first ever visit to Cagliari and met Paolo Zanella in the first premises of the Centre, at the time just a few rooms in the city centre. However, the project sounded interesting and so I accepted Paolo's proposal. The following spring, on an unusually rainy day, I found myself within the olive-green walls of the new office in Via Sauro, where I met for the first time Zip&Zag (Zanarini and Zanetti, two mythological characters), with whom I would later share part of the path in the 'roaring' years of CRS4.
My adventure at CRS4 lasted from 1992 to 1998. Five intense and exciting years, during which I held important responsibilities (including the post of scientific director) and had the privilege of leading a team of brilliant and enthusiastic young researchers, happy to play a central role in a project that was in many respects unique and extraordinary.
The scientific output produced by CRS4 over the years has certainly been remarkable, in terms of research done and of its impact on the regional and national system. On a personal level, I cherish the memories of the many encounters and friendships with wise, smart, generous, hard-working and welcoming people in a city with an extraordinary quality of life. To CRS4, Cagliari and to Sardinia goes my deep gratitude and my best wishes for the next 30 years".