Development of processes for space exploration 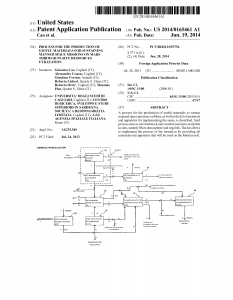 In the framework of the COSMIC project sponsored by the Italian Space Agency and coordinated by Giacomo Cao, at that time responsible of the Bioengineering program at CRS4, the latter one has given a significant contribution, together with the researchers Massimo Pisu and Alessandro Concas, to develop novel processes and technologies for space exploration with particular emphasis on the fabrication of structural elements on Moon, Mars and asteroids by means of the regolith available as well as the obtainment fertilizers and edible biomasses on the Martian soil. These processes have been the subject of two international patents, whose property belongs nowadays to the Sardinia AeroSpace District, already granted in China, Europe, India, Japan, Russia and United States of America.