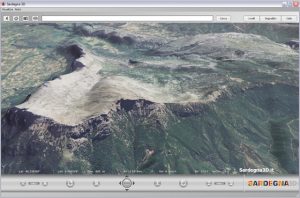 The Autonomous Region of Sardinia released the Internet geoviewer Sardegna3D, entirely based on the technologies developed in the Visual Computing sector for the scalable visualization of spatial data.

The system made widely available for the first time very high resolution spatial data and thematic content. In the first two weeks since it went online (December 2006), the system was downloaded by over 100,000 users.

The version of code that was used as a basis for the application was also released as open-source, and reused in several subsequent project (e.g., for the Emilia-Romagna region). The research work at the basis of this project were also described in the following publication: