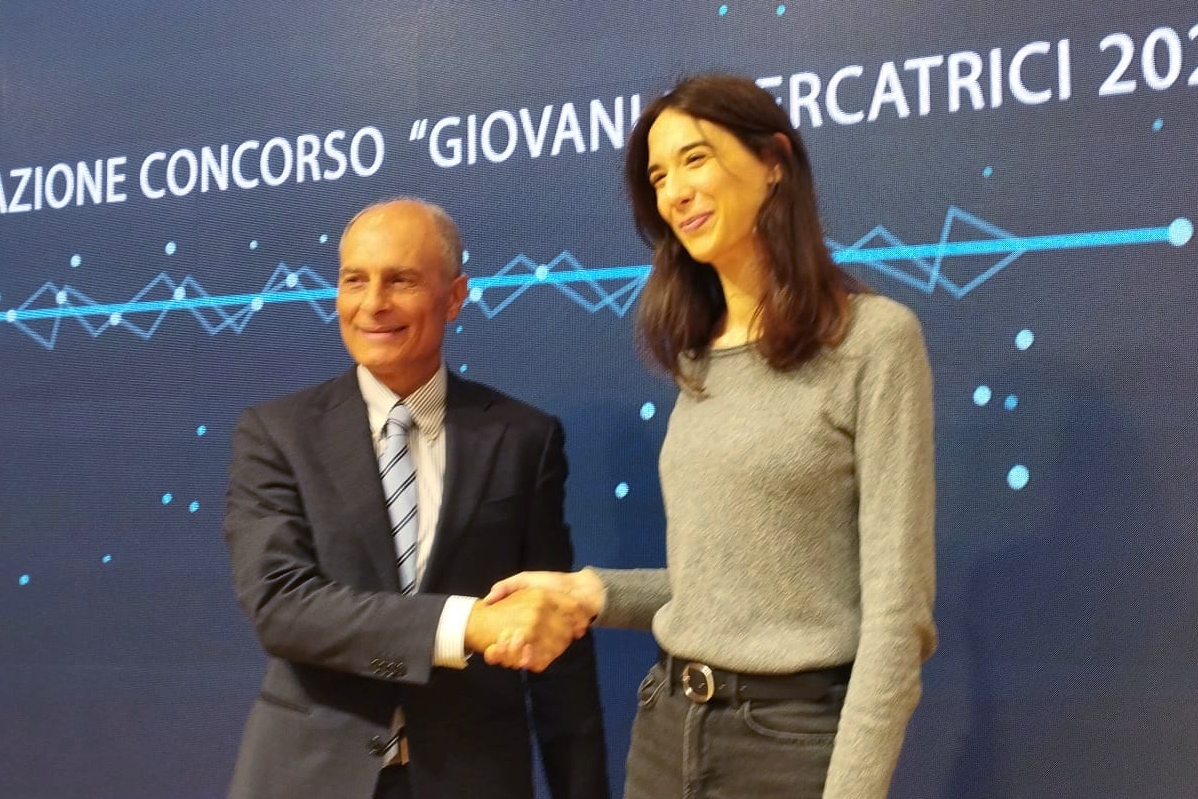 The CRS4 Prize "Young Female Researchers 2022", for the enhancement of the scientific talent of young women, was awarded to Silvia Gervasoni, graduate in pharmaceutical biotechnology and with a PhD in pharmaceutical science. Currently Dr Gervasoni carries out her research at the University of Cagliari.
The competition is part of the activities of the Gender Equality Plan of CRS4, a system of commitments and actions, to be carried out over the three-year period 2022-2024, to promote gender equality in order to create more inclusive and integrated work environments through a series of actions aimed at combating gender discrimination and promoting a culture of respect and equal opportunities.
The initiative was aimed at young researchers, born, resident or working in Sardinia, who were not yet 32 years old at the time of participation in the competition and whose scientific activities or dissertations covered topics in the following fields: aerospace; predictive and digital medicine; energy transition; big data and artificial intelligence; cultural heritage; modeling and simulation.