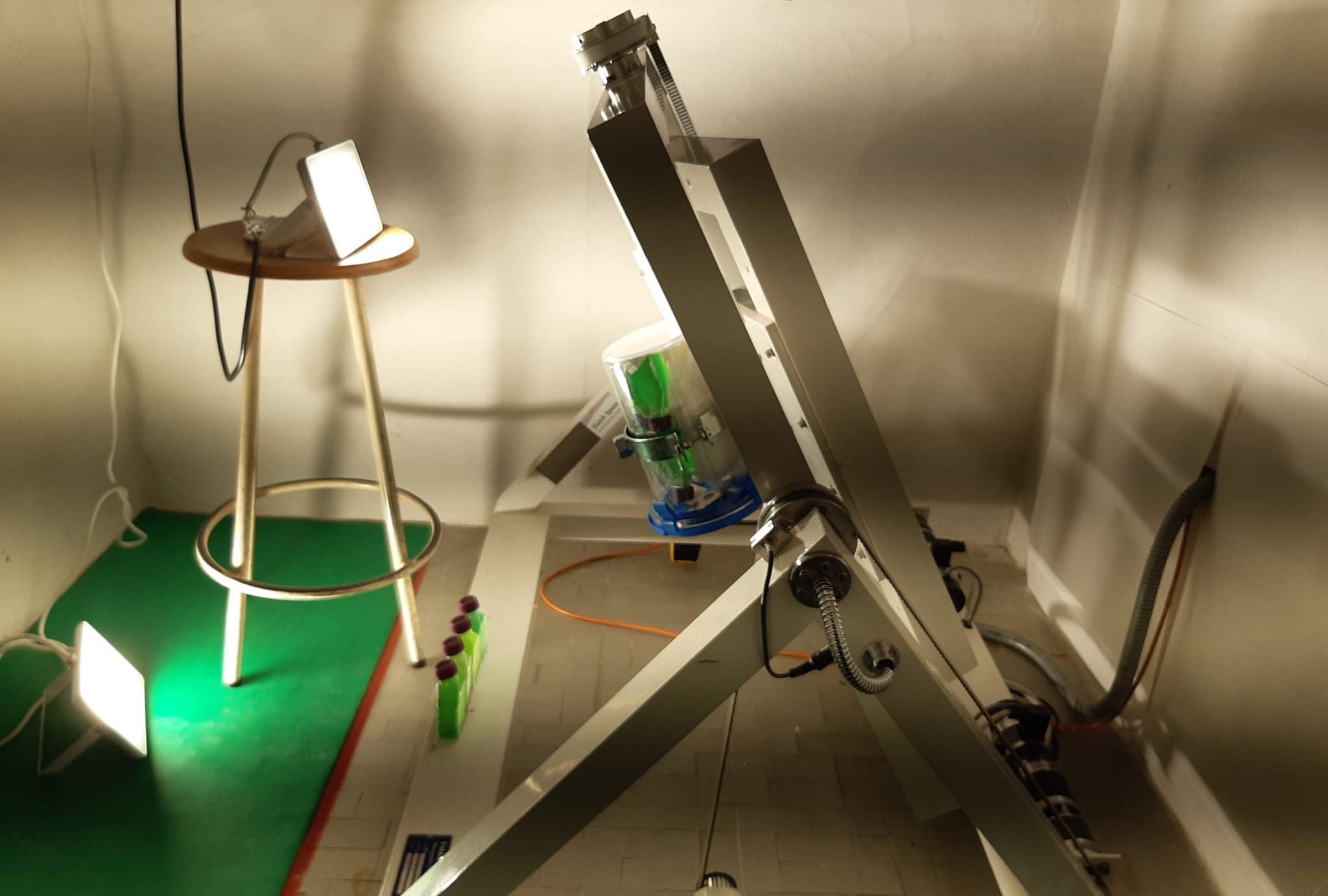 The University of Sassari, the CRS4 – Center for Advanced Studies, Research and Development in Sardinia, the Sardinia AeroSpace District (DASS), the University of Cagliari and the Tolo Green company have filed the application for a new patent that will help to broaden research activities in the field of astrobiology towards a future where Mars might be reached by humans. This is precisely the scenario outlined by DASS as part of the mission “Sardinia in space”.

Thanks to a long and patient teamwork that involved professors, researchers and doctoral students from the company, universities and research institutions involved, it was possible to develop a specific growth medium suitable for spirulina algae, the new “green gold”, under extraterrestrial living conditions. At almost zero gravity, reached by means of a specific tool called clinostat, suitably equipped to simulate the Martian atmosphere, the alga supplied by the company TOLO Green located in Oristano, grows quite well as shown during the experiments conducted by the research group of professor Antonella Pantaleo of the Department of Biomedical Sciences of the University of Sassari. Since 2006, CRS4 and the University of Cagliari, as well as other members of DASS, have been conducting, under the guidance of Professor Giacomo Cao, important research on microalgae that will give the possibility to reach and survive on the red planet. In fact, spirulina algae can serve the dual purpose of feeding astronauts and generating oxygen in an extraterrestrial environment, using the CO2 saturated Martian atmosphere.

The patent objective is represented by a kit consisting of a clinostat and a chamber with a CO2 atmosphere, which can reproduce extraterrestrial conditions such as the Martian ones. The purpose of this tool is to perform the growth of microalgae under zero gravity conditions, as well as to evaluate the corresponding behavior of human, vegetable and animal cells even under simulated Martian atmosphere. Furthermore, the innovative cultivation process is also the subject of the patent and allows the improvement of a system already patented in the past. The innovation would allow the limitation of the material to be transported on the Earth-Mars journey using in-situ available elements such as atmospheric CO2, Martian soil and the urine of astronauts to sustain manned missions on the red planet. In fact, using such resources it would be possible to grow algae on Mars useful both for the production of oxygen and as supplement food for astronauts.