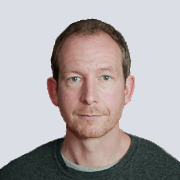 Zeno Heilmann received a master's degree in Geophysics from the University of Karlsruhe, Germany, in October 2002. From 2002 to 2007, he did a PhD under the supervision of Prof. Dr. Peter Hubral (Maurice Ewing Medal, SEG). During this time, he was employed at the University of Karlsruhe as a research associate of the Wave Inversion Technology (WIT) Consortium. In 2007, he received the Doctorate degree (Dr. rer. nat.) from the Physical Faculty of the University of Karlsruhe (KIT), awarded magna cum laude. Besides the development of a CRS-stack-based time-to-depth imaging workflow and its practical application in a geothermal energy exploration project and two case studies from Brazil and Saudi Arabia, he worked on the extension of the CRS stack software considering rugged topography and near surface velocity variations. After a short period as a Post-doc researcher at the KIT, he started in September 2007 a position as a researcher in the Imaging & Numerical Geophysics Group of CRS4. There, he was employed both in a publicly funded project developing a multidisciplinary grid infrastructure for geoscience (GRIDA3), and a long-term industrial project targeting at innovative seismic imaging methods, coherent noise removal, and full waveform inversion. In 2014, Zeno Heilmann joined a newly founded emerging activity at CRS4, the Environmental Near-Surface Geoscience group, where he occupied himself with near-surface seismics and the development of the SmartGeo clod portal. More recently, he switched focus towards geoelectrical methods in the framework of two ongoing projects targeting precision agriculture (SUPRIME) and environmental geotechnical studies (TESTARE).

HPC for Energy and Environment