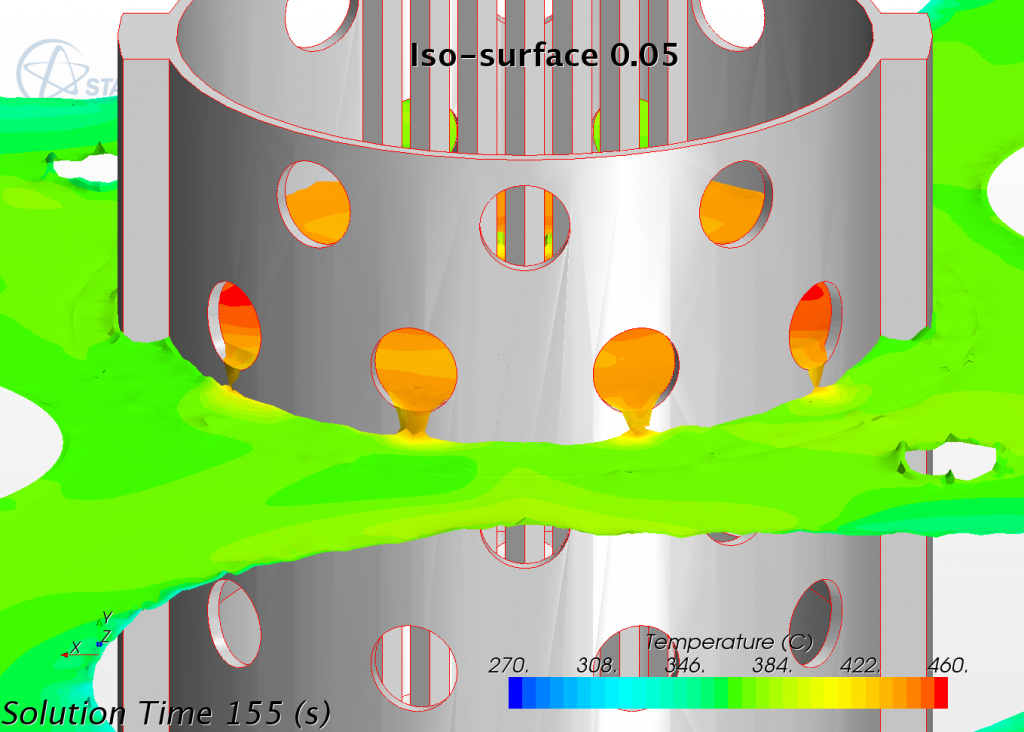 Nuclear power plays an important role in power generation and produces about 11% of the total electricity worldwide. Liquid metal cooled reactors are envisaged to play an important role in the future of nuclear energy production because of their possibility to use natural resources efficiently and to reduce the volume and lifetime of nuclear waste.
Within the European playing field, a number of liquid metal cooled reactors are under consideration today. Two of them are of our specific interest:

Thermal-hydraulics is recognized as one of the key scientific subjects in the design and safety analysis of liquid metal cooled reactors.
Mainly through a series of European Projects (FP5,6,7, H2020), CRS4 is participating to the design of MYRRHA, ALFRED and related dedicated facilities by performing CFD simulations to verify and validate the evolving design options. Our principal tools are the STARCCM+ commercial software from CD-ADAPCO and the CRS4 computational cluster.
In the years 2015-2018, mainly through the SESAME and MYRTE H2020 projects, CRS4 activity is focusing on the simulation of the entire primary coolant loop of the facilities. The objective is to progressively capture in a consistent way, and with a large background in the matter, an increasing number of physical phenomena: flow pattern, turbulence, thermal field, conjugate heat transfer with the structure, cover gas interaction, core neutronic feedback, connection to the secondary system through the heat exchanger, decay heat removal secondary systems, particule transport, sloshing, static, dynamic and seismic loads, freezing, corrosion, etc.