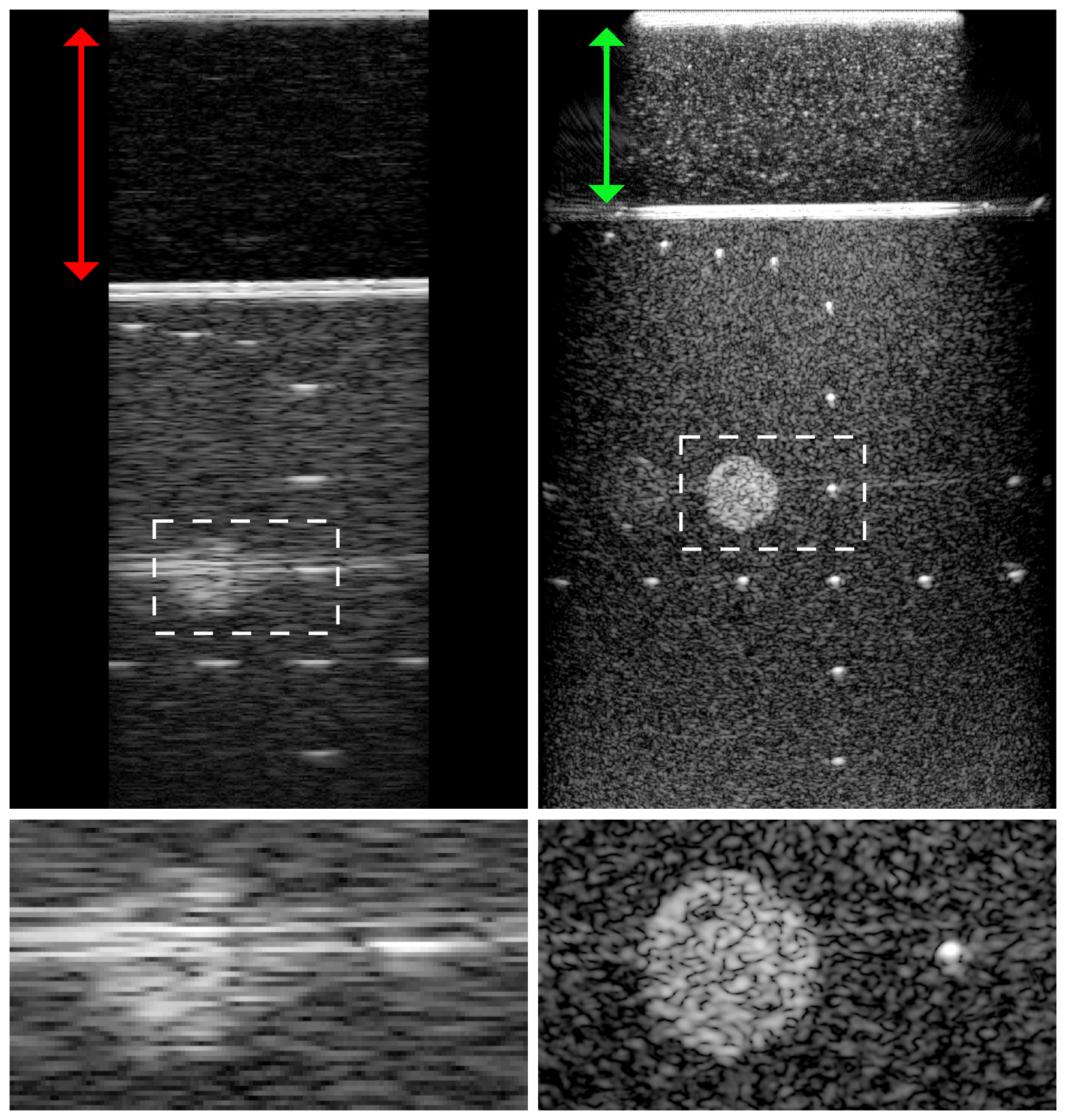 Conventional medical ultrasound systems normally implement ray-based imaging algorithms, such as delay-and-sum beamforming, whose most severe limitation derives from the implicit assumption of constant-velocity media. As a result, in case of two or more tissues with different velocities –a typical condition in the human body– the image of the underlying targets appears strongly degraded both in placement and resolution, an undesirable effect known as phase aberration.

The Imaging and Numerical Geophysics team conceived and implemented an added-value application of concepts developed in the context of seismic prospecting, relying upon the undulatory description of the physical process. The acquisition pattern that best matches the devised imaging scheme is the synthetic aperture, where only one transducer element is used at a time to emit a nearly spherical pressure wave illuminating the region of interest, while all other elements receive the back-scattered signals. By analogy with depth seismic imaging, given a macro-velocity model, the algorithm detects the illuminated structures correlating, in the frequency domain and for each source element, the simulated emitted wavefield with the backscattered echoes recorded by the transducer. The pointwise sum of the correlations reveals, constructively, all diffracting points and reflectors in the image space.

Laboratory tests assess the effectiveness of this imaging strategy even in the presence of an aberrant layer, exhibiting a remarkable spatial resolution and a highly accurate targets placement. It is worth noting that the absence of aberration is not a post-processing effect, but is an intrinsic feature of the wave-equation-based imaging, namely its ability to handle variable velocity fields.