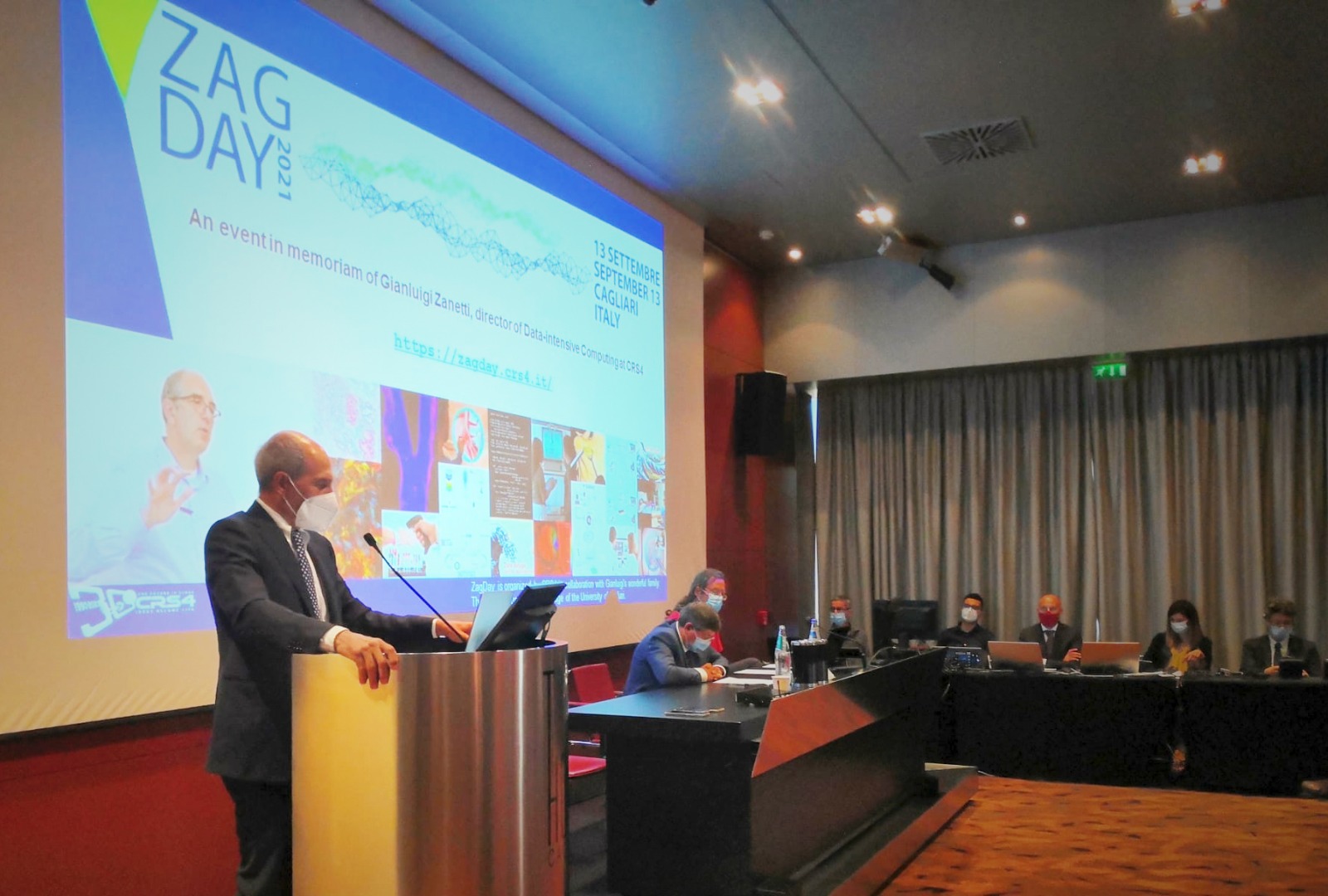 The first edition of "ZagDay", the scientific conference organised by CRS4 in memory of Gianluigi Zanetti, researcher and manager of CRS4's Data-intensive Computing sector, was held today, Monday 13 September 2021. Zag, as friends and colleagues called him, was a physicist who had been an expert in high performance computing, clinical computing and biomedical computing for over thirty years.

Experts in modelling, computational simulation and intensive big data processing attended the day's proceedings, discussing around innovation and technology transfer, in particular telemedicine for paediatric cardiology, and automation and traceability of clinical processes.

ZagDay 2021 is organized by CRS4 in collaboration with Gianluigi's wonderful family.

The videos of ZagDay 2021 are available on the CRS4 channel: