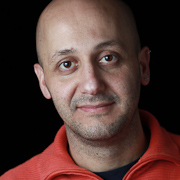 Currently is a component of VALE team and cooperates at the project %u201CTutti a Iscol@ - LineaB3 IDEA" (RAS 2018) aiming at enhancing and promoting the use of technological innovation in schools, through guidance and supporting the teachers while they experience new practices, new methods and tools, making a critical and reasoned use of digital technologies. He is involved in a collaborative multidisciplinary Team with colleagues of the CRS4-Educational Technology program, to identify the framework based on Technology Enhanced Learning (TEL) activities in which the teacher experiences are to be developed.

Valorisation and Transfer of Knowledge