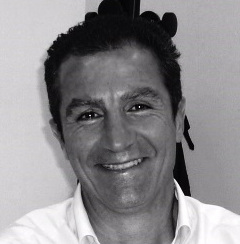 Alessandro Milletti holds a BA in Economics from the University of Cagliari. He joined CRS4 in 1991. In 2002 he became the Director of Budgeting and Reporting's Office and since 2006 he is the Administrative Director of the center. From 2011 he is also permanent member of the CRS4 Executive Committee. Prior joining CRS4, he worked in various accounting firms as expert in tax and administrative matters. He has been involved in the management of several private and public companies, such as the "in house" company of the Sardinia Region Sardinia IT, which has served as CEO.