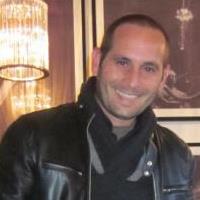 Locci Mario Franco obtained his Ph.D. in Electronic Engineering and Informatics from the University of Cagliari in 2010. He is technologist at the CRS4.

From Febrary 2008 to December 2009 he was a Research Fellow at the University of Cagliari, Department of Electrical and Electronic Engineering (DIEE) during this period his research interests were agent based models, economic systems and complex networks.

From December 2009 to May 2013 he worked for a software house in Cagliari. During this experience he learned the techniques of Semantics and Information Retrieval, and in particular, text categorization over large taxonomies, ontologies and search engines based on queries written in natural language. In this period he also developed web-based applications using the most known frameworks in Java.

From December 2013 to December 2015 he was Research Fellow at University of Cagliari. In this period he studied new techniques for text categorization and ensembles of classifiers.